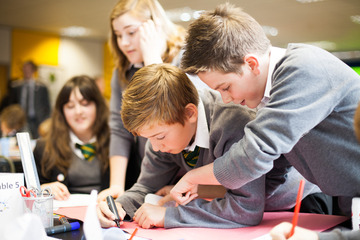 During the trip they visited three places linked to modern and historical crime and punishment. Firstly they followed a trail around a former prison which had been converted into a police station. This was followed by the opportunity to visit a workhouse and take part in a role play to decide who would be allowed into the workhouse! After lunch the visit concluded with a trip to the old law courts where pupils re-enact an old court case about the theft of a horse and cart and a modern case of a theft of an ipod.