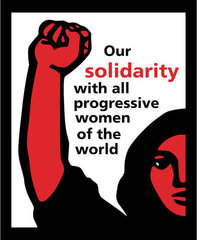 Every year, countries all over the world unite to celebrate the lives of women; this is International Women’s Day, on the 8th of March. Created in 1911 to support women’s suffrage, this celebration is becoming more important than ever in today’s society, especially with the growth in feminism.

This year’s theme for the day was “Planet 50/50 by 2030”, and more than 40 countries participated. The fight for gender equality has slowed significantly in many places, which is why International Women’s Day is so important; it highlights the issues today’s society faces, and where we need to take action.

In developing countries such as Saudi Arabia, gender equality is almost non-existent, whether it’s due to outdated patriarchal societies or having no means to achieve equality. Recognising the importance of women, even in these places, will help to boost “Planet 50/50” and improve the lives of everyone everywhere once we realise how much better the world can be if everybody works together.

To think that perhaps a woman in a developing country could create major progression in science or society but is being stopped by inequality, is a terrible thought; human civilisation cannot progress if we don’t judge each other on gender.

One great female role model in our school is the late Jane Disbrey, who made Malet Lambert a wonderful school. Not only did Jane improve the learning of students throughout the school, she made the school’s atmosphere jovial and optimistic; as a strong and intelligent woman, Jane is a role model for all students and her work in the school continues to have an impact.

As someone whose family is of Ukrainian origin, I’ve celebrated this day for the majority of my life, even as a young person. In Ukraine and surrounding countries, this day has been more recognised in past years: more so than in Britain.

To me, International Women’s Day is of great importance because it reminds me of the important women in my life, and that women can often be underestimated. My family is majorly female, so this day is proudly celebrated. International Women’s Day reminds me that females can do anything, regardless of gender, and that both men and women can have brilliant qualities; the world will one day be equal.