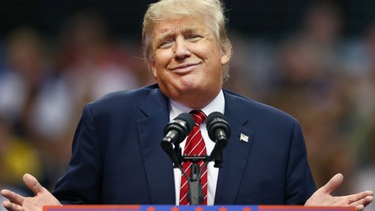 The Republican debate began on a strange note. Donald Trump attempted to defend the size of his genatalia, believing that claims that ‘it must be small’ would quieten down after that statement.

He then proceeded to mock the 2012 presidential candidate, Mitt Romney, after being condemned by him earlier. Trump said that Romney is ‘a failed candidate’ and ‘should’ve beaten Obama easily.’ The candidate also mentioned Romney was ‘begging for Trump’s endorsement.’

Marco Rubio and Ted Cruz, competitors of Trump, constantly attacked Trump throughout the debate, to which Donald replied that ‘this little guy has lied so much about my record.’ It was Marco Rubio who Trump referred to as ‘little guy.’ Rubio then retaliated with the suggestion that Trump couldn’t have a ‘substantive political debate.’

There was also a heated debate over the businessman’s course ‘Trump’s University’ which promised to ‘teach success.’ Unfortunately, many students left disappointed and there are now many lawsuits against the republican candidate. Trump argues that he will win the lawsuits and says he offered refunds.

Donald Trump has also frequently changed stances on multiple occasions, claiming to just be flexible. For example, the candidate changed his mind on the subject of Syrian refugees, wanting to allow them in at first but now is going against that. Rubio commented that ‘there is a difference between being flexible and saying what the voters want to here.’

Despite the attacks on Trump at the debate, his supporters still remain loyal. The polls also show that he is the most likely to become the Republican presidential candidate. With this in mind, what will the future hold?