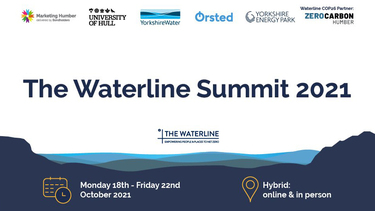 Malet Lambert is pleased to announce that two of our pupil teams have made it to the final of the Waterline Student Challenge.

The Waterline Challenge is an opportunity for school and college students to create innovative and inspiring solutions to harmful environmental problems. Teams or individual pupils submitted their projects over the course of the summer. Our Malet Lambert teams both chose incredibly mindful project ideas to present.

The Eco-Stepper project, developed and presented by Year 10 pupils Oscar A and Lewis T, proposed the idea of a step-tracker app that accumulated points as the user walked, which then could be exchanged for a variety of rewards.

For making it to the final, both teams have received a prize of £500 and the chance to go on a VIP visit to one of the participating businesses or organisations. The next step for our pupils will be the upcoming final, which if they are successful will mean them winning a fantastic £2000 to support their school’s Eco or STEM projects.

A huge congratulation to all of our pupils who have entered and to those who have made it to this amazing point in the competition. The entire school wishes our two teams the best of luck for when the final winner is announced at the Waterline Summit 2021, on Monday 18th October.