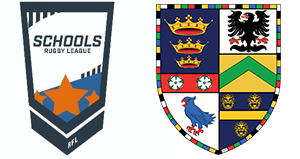 Malet Lambert’s Year 7 & 8 girls rugby teams are celebrating after securing places in the National Finals of the Schools Rugby League.

For the Schools Rugby League National Finals on 8 July, the girls are looking for sponsors for kit, so each can have something to keep from the day. Please see further details at the bottom of the page. 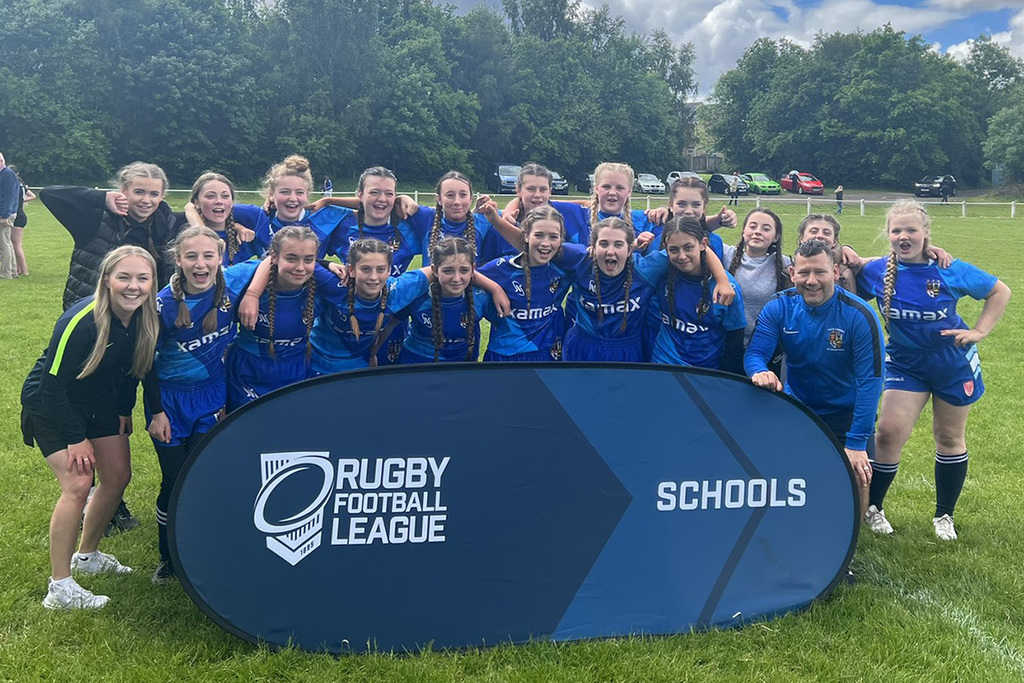 The Year 8 girls travelled to Wakefield on 24 May for their national semi-final to face Hexham from Newcastle. The girls were switched on and focussed from the start of the warm-up to the final whistle.

Malet started strong and soon went into the lead after 6 minutes with Maddie using her pace to outrun the stricken defence, leaving them in her wake and scoring under the posts.  Betsy then added to the two points to make it 6-0.

Only minutes later Betsy scored our second and added the kick to make it 12-0.

Cailtlin then scored a tremendous solo effort, picking the ball up on the half way line and with her pace and agility she tormented the defence and danced on through to make it 18-0.

Hexham then posted their first points with a try of their own making it 18-4 at half time.

The second half started with a torrential downpour and Hexham were buoyed by their finish to the first half and continued strong from the kick off.

Malet absorbed the pressure and with good drives from Betsy, Caitlin and Paz leading to a final pass from Edie to Kasey who outstripped the opposing winger and scored the first points of the second half, making it 22-4.  Betsy again added the 2 points from a wide angle to mount the pressure on Hexham. Betsy then followed this up with another run to score her second try and convert the kick to make it 30-4 to Malet.

Hexham took their chances and scored another try to make it 30-8.

Ellie powered over with grit and determination to put the game safe with a try under the sticks to make it 34-8. Hexam then posted a quick reply to make it 34-14.

Paz rounded off a great team performance with another individual try using her speed and side step.  Betsy converted the kick with the last kick of the game, making the final score 40-14 and sending Malet through the National Final.

The Year 7 girls travelled to Warrington on 26 May in some awful wind and rain, which threatened to spoil the prospect of a great semi-final occasion.  Luckily the weather didn't hamper Malet’s game plan.

Malet kicked off and within the first set of 6 tackles forced the error from Farnley, with Caitlin scoring the first try of the contest.  She then added the conversion to make it 6-0 to Malet.

Again Malet forced the error from Farnley, and this possession led to Anya scoring after 7 minutes to extend the lead to 10 points.  Due to the wind, the kick was too far wide to be converted.

Farnley then posted their first points of the match with a strong run with a good hand off.  They made their kick to make it 10-6.

After some scrappy play from both teams Ava used her pace to find a gap and race through to score Malet third try, with Caitlin’s kick it making the score 16 - 6 at half time.

Malet started the second half strongly again with a try from Alexia after 3 minutes. With Caitlin’s converted kick the game was going to plan, Malet leading 22-6.

Farnley had other plans though, and scored directly from the restart to make the score a tentative 22-12.

The game was then tit for tat, with Ava scoring another try and Caitlin getting the kick, only for Farnley to score straight after. The score now 28-18 in Malet’s favour.

The game turned into an arm wrestle with the next try being instrumental to which team would finish the stronger and take the win.

The final try was scored by Anya, who used her strength and aggression to force her way through the Farnley defence and score what proved to be the deciding try! Caitlin kicked her 5th conversion and Malet defended the remaining minutes without conceding any more points.

The girls will now join the Year 8 team in the Newcastle on 8 July for the National Finals.

Can you help with sponsorship?

Reaching the Schools Rugby League National Finals is huge achievement, but considering the teams were only formed at Christmas, it makes it that little bit more special.

At Malet Lambert we have been lucky enough to have previously reached several National Finals in both Rugby League and Football. On these occasions, where possible, we have looked to add to the pupils' experience by providing each player with some team kit.  For example; a tracksuit, polo shirt and a kit bag to travel with and use on the day.  However, this is dependent on gaining some sponsorship funding. The kit that we could provide will be guided by the amount of sponsorship we are able to source.

The past few years have been hard for both families and businesses, so we know this is a big ask, and we may not get the funds we require, but we would like to try and make the day as special as possible for the girls.

If the sponsorship is something you feel you could get behind and support, that would be fantastic.

Please do feel free to email Mr Beadle on stuart.beadle@maletlambert.hull.sch.uk

Many thanks for your time and your consideration.