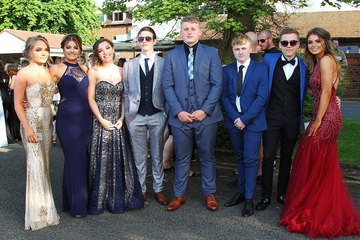 Over 170 pupils descended on the venue, dressed to the nines.

Some arrived in striking transport, with the Year 11 rugby team leading the way in an open-top double-decker bus.

The evening centred around a barbeque and awards ceremony, where recognition awards for house captains and Pupil Leadership Team were presented.